Let experiment with how you think about diversity. For this experiment, you can think of “diversity” as randomly talking to two people in these countries below and asking their ethnicity and the odds of getting different answers.

Rank the countries below in order of how diverse you perceive them to be.


The ranking order is:

Are you surprised? If you listed the United States as one of the first two positions, you may be falling victim to a bias.

This exercise suggest two things: First, we consider the US is a melting pot but it’s more “chunky stew” than “creamy soup.” Second, we have a bias to rank an item higher on a list if it’s more familiar to us. So if you know more about Canada than you do about Uganda you will likely rank it higher.

Note: How people self-identify does change over time and the point of this discussion is not whether ethnic diversity is better or worse for a country.

What about your own city?

Explore the map below by dragging around to different areas.

Zooming into the Washington, DC metropolitan area—a place where I reside and consider to be ethnically diverse, you start to see clear geographic clustering. There are of course historical and economic context to this maps, but that is outside the scope of this discussion. There is, however, an element of diversity which is self-imposed: we tend to stick with what we know and what are comfortable with. We, the human race, have a bias for it. We tend to cluster in communities of our own for safety. In the modern world, however, that bias can be both beneficial and detrimental. 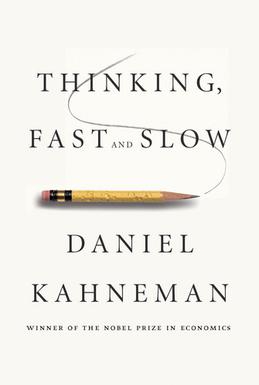 bias [bahy-uh s]: noun
A particular tendency, trend, inclination, feeling, or opinion, especially one that is preconceived or unreasoned.

In, Thinking, Fast and Slow, Daniel Kahneman describes the two systems that drive the way we think. System 1 is fast, intuitive, and emotional and System 2 is slower, mindful, and more logical. The first system keeps you alive and moving. The second helps us learn and make decisions. You have the monkey brain whose job it is to react, not think, and the turtle brain whose job it analyze and reflect.

Say you are on safari and you suddenly find yourself face-to-face with a lion. You will either:

In this case, listen to that first brain. It will keep you alive. But, what about the rest of the time when you are not in danger? What about when you are hiring a candidate? We cannot always trust our intuitions and we need to find balance and self awareness when we use either system. The good news is that we have a choice. We can choose to "go with our gut", or we can choose to slow down and analyse. In environments like the office, it is important to know what biases you are prone to and keep them in check. For instance, I don’t think anyone would voluntarily say they were biased when choosing a candidate for a position, but how many people say they "went with their gut" or "it was just something about them". Is that "something" a characteristic we should trust?

So What Can Companies Do?

What can start as an innocent preference for your friends can lead to exclusion and team break down. We need to hold ourselves accountable and not be offended when we are told to mix it up. Below are some ideas to consider:

Perception is reality and our quick-brain "gut reactions" are based on preceptions. The next time you make leadership or hiring decision, remember that map of DC. Think about the natural divisions that already exist and make a conscious decision to do something different. By simply mixing things up we can change the perception of what our industries look like. If we stop looking to recruiters to solve the diversity problem and instead look at ourselves and our company cultures, we will start to see change in the people we attract. It is the job of every employee to reach out and change the diversity numbers. It is everyone's responsibility to not fall victim to our biases.

You can learn more about bias and company training at the links below: